The Tempest Turned Upside Down In Brooklyn

The struggles to control people and the situations surrounding them, and the dynamics between masters and those they enslave, are integral to Shakespeare’s canon—as they are to American citizens these days. But they have not been so clearly personified onstage in recent years as they are now in The Tempest, the third Shakespeare play directed by Phyllida Lloyd and performed with an entirely female cast. Following its London run at the Donmar, it’s now at  St. Ann’s Warehouse in Dumbo, Brooklyn.

Lloyd has set the play, staged in the round and without an intermission, inside a prison. It’s a fascinating choice for The Tempest in particular, considering Shakespeare’s island setting and invoking of the supernatural; it also contrasts starkly with Lloyd’s prison settings for Julius Caesar and her condensed version of the two parts of Henry IV. 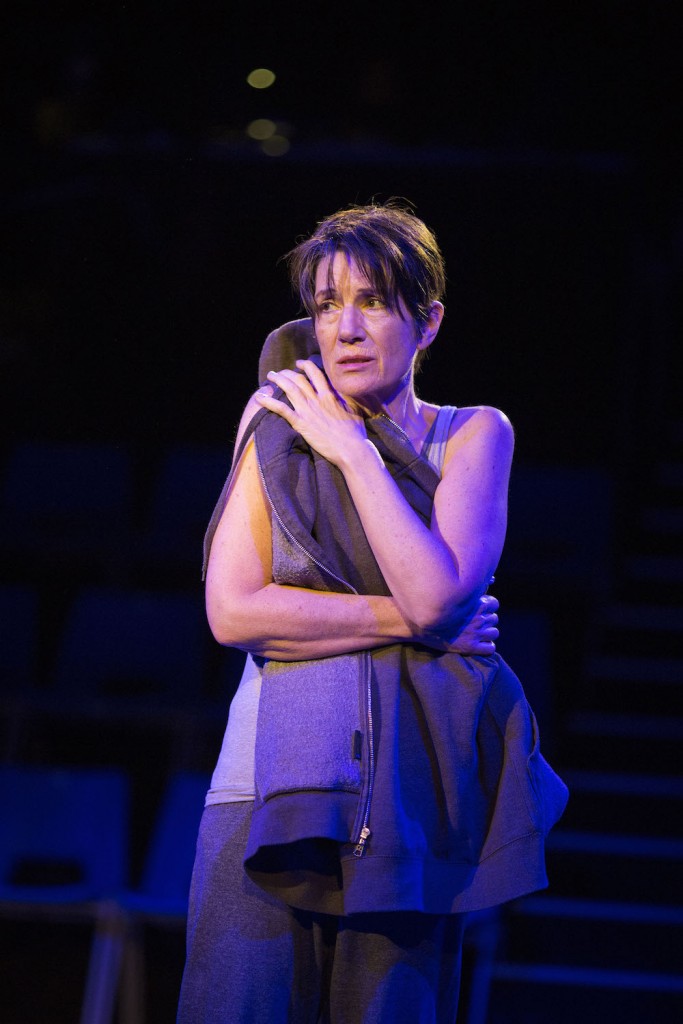 While the claustrophobic staging enhanced the atmosphere of those politically driven plays, it grounds The Tempest in grittiness and enhances jarring tonal shifts that counterpoint the magic of Shakespeare’s words.

Some of the performances are magical, too: especially that of Harriet Walter, who initially plays Hannah, a woman serving a life term; the character was inspired by Judith Clark, a former member of the Weather Underground. Hannah then begins The Tempest, playing Prospero. As in the first two installments in Lloyd’s trilogy, the prisoners are presenting and performing the Shakespeare plays in their prison gymnasium.

Prospero, the overthrown Duke of Milan, lives on the island with his daughter, Miranda (a spirited Leah Harvey).  The only other inhabitants are Ariel, an energetic sprite (Jade Anouka) and Caliban (the excellent Sophie Stanton). The small group creates a large number of power struggles, as both Ariel and Caliban long to escape from Prospero’s hold, while Miranda desires freedom from her father’s stifling protection. 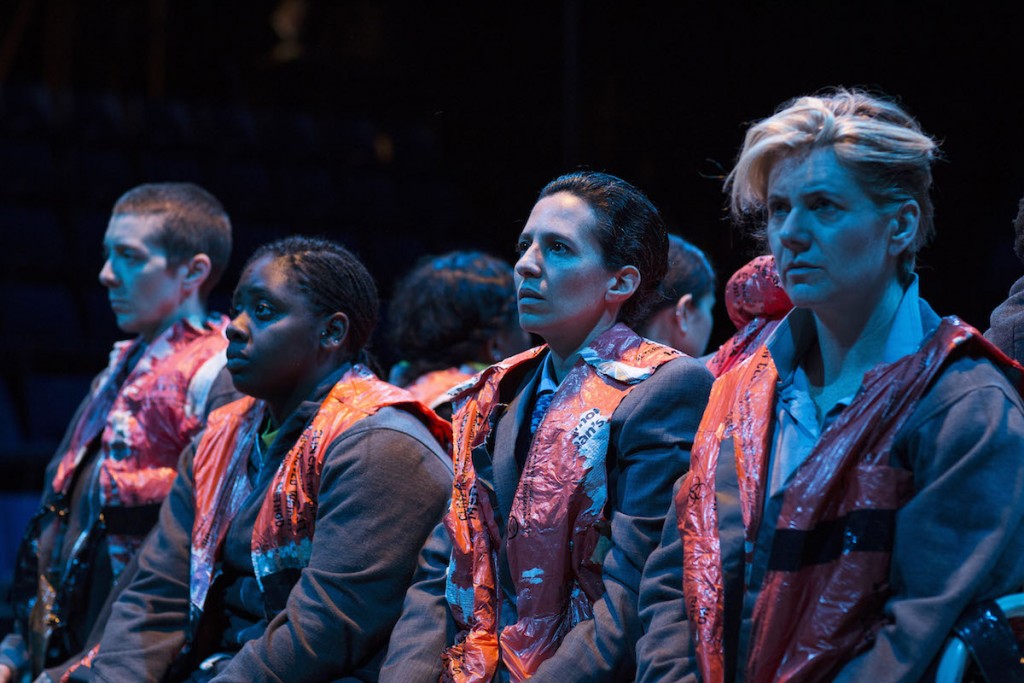 Prisoners of fate in ‘The Tempest’ | © Teddy Wolff

Prospero conjures a storm that brings to the island his treacherous brother Antonio, King Alonso of Naples, and others who plotted against him, including the drunken court underlings Stefano and Trinculo (Jackie Clune and Karen Dunbar, both very funny). They conspire with Caliban against Prospero, and past conflicts are resurrected and, eventually, resolved.

For these resolutions to take place, some power must be usurped. Parallels to American politics become apparent as Caliban goes from serving Prospero to working secretly for Stefano in the belief that a “new master” will result in freedom and happiness. And when Miranda professes her love to Ferdinand, the son of Alonso, she declares, “You may deny me, but I will be your servant”—a disturbing sentiment to apply to any romantic relationship.

Walter, stately and elegant even in gray sweatpants, is a commanding Prospero. This brilliant actress’s performance actually overshadows the physical world of the play, which is at odds with her subtly understated characterization. A pile of garbage represents the island’s sand dunes and trees. The music accompanying the show doesn’t enrich its atmosphere but strikes a dissonant note.

However, the prison setting heightens Prospero’s feelings of entrapment and isolation, both physical and emotional, which Walter communicates eloquently, as she does Prospero’s inner journey to forgive those who had wronged her.

As it wraps up the story of Prospero’s travails, the final scene returns to Lloyd’s concept of Hannah’s prison life and allows a final poignant glimpse into her own emotional journey.